A downloadable game for Windows

Pilot a tiny submersible on a job to retrieve organic material from a sunken navy sub. Follow the coordinates, use Sonar and hope you don't run into anything on the way.

Make sure you click on the pages of the computer screen to check out the controls.

Made in 10 days for DreadXP's Dredge the Depths Jam

Dude this game captured the creepy ocean of my nightmares, way scarer than Iron Long

Such a cool game ! exactly what i was looking for

Very good game had me on the edge of my seat.

This game plays upon my specific fears of the deep ocean and being locked in a tiny space, which makes it perfect before-bed playing material. Every single aspect of this game was top notch from the sound design to the visuals. There wasn't a single scare that didn't get me. It took me a while to realise what I had to do (I didn't realise that the map is divided into quadrants which affect the co-ordinates on the display) but once I did I was on the edge of my seat!

From the moment I opened the game I never felt safe - the pacing here is phenominal. This is one of few games to make me feel genuine paranoia. I felt a constant need to keep my little sub moving, checking over my shoulder even though - as far as I could tell - I wasn't being chased by anything. I'd be surprised if there were actual enemies in the game to avoid. The sound design is so good that they could have just been suggested to me.

I was so glad to be done with the game that I almost missed the secret co-ordinates on the end credits screen...

Dare I wonder what they lead to?

Great game. I was very scared. It is like Subnautica but on ps1, and it is cursed

Incredible! I loved the ending. One question though, who's the person on the ''Ever dreamt this man'' pic? Lmaooo

Hi Kira, I made a video on why I think Corpse Ocean deserves just as much recognition as Iron Lung. Thank you for making such an interesting game.

This was a great game! I have a big fear of the ocean, so this was probably a bad idea to play it lol, but it was really fun!

You guys did it again 10/10 and will recommend. Here's my footage of gameplay if you're into that stuff ✌

This game boasts a fantastic atmosphere!  Unfortunately, I did not encounter any whales

Reply
Zreddery251 days ago (1 edit)
Really good atmosphere! Nice tension, I'm personally not that good at navigating after coordinates but it was oddly fun. I really like the ending although I think it's a bit expected to be a big monster or something like that at that point. Still really good 9/10 would recommend to a friend.
Reply
1PlumpPig264 days ago(+2)

Thanks for the amazing game! hope to see more games from you ^- ^

i swear the text font and background is familiar

I have Thalassophobia, so this was basically the worst idea I've ever had (aside from playing both Subnauticas). This legitimately terrified me! Staring into the infinite dark void of the deep is something that just makes my brain activate survival mode, so this game was hard to get through. But I did it, and it was fun! Definitely recommend if you like short horror games. Props to the developer!

Pretty cool game! I appreciated it. 5 stars for you  Kira, again ;)

I loved this game once I figured it out! Great work, that ending was so cool! Timestamp is 06:15 if you're interested!

The Easter eggs at the end with Cords that lead you to taps is a very cool thing!

This game is really cool, my friend @pinworm loves your content and told me to play it. 10 Days, for this incredible, interesting, one of a kind, fun enticing game. Definitely going to look into it more games! I enjoyed it a lot! 7/10

This game was super awesome! As a game dev myself whenever I play a Kira game it always inspires me to work harder and this game was no exception I really loved the controls and being under the ocean was super freaky. Great job on this one Kira!

Brilliant! I've played The Undying Beast and thought that game was great, and somehow you've still managed to outdo yourself with this one. Loved it.

i guess im just too dumb for this cause i just found it too difficult to finish.

Reply
WoodyRun338 days ago
I really enjoy the gameplay mechanics here. Controlling the sub and keeping up with the coordinates is very active and you don't get that a lot from other horror games. I'm not sure if it was just my playthrough in particular, but other than a couple tapes and the barrels, I didn't really come across much actually happening. I guess I'm just saying that it felt very empty to me. I still enjoyed it though. Thanks for making it!
Reply
swift3dge338 days ago

This was just brimming with spookiness! Loved that it was continually getting darker after each find and that there were various spooks throughout! It felt very steady in terms of pacing, and the lore was top tier! Such a good job!

Corpse Ocean is  dripping with atmosphere! It progresses at just the right pace, establishing a sense of serenity early on, only to subvert this as gameplay progresses. The scares are really well done and offer a nice mix of sudden, shocking moments with prolonged periods of dread. The change from spooky to normal, as well as a certain blink-and-you'll-miss-it moment, make you doubt your character's sanity, making the game feel thematically Lovecraftian. Great job!

Also, here's a link to my video. It's not a Let's Play, but rather a synopsis of my gameplay experience with my thoughts sprinkled throughout :)
Reply
DanielRich339 days ago

There's something to being under water. At the surface of it, we're all OK. But, once you dive deeper, and feel the pressure and cold building up, you surely appreciate your submersible, no matter how small or big it is.

This game had me going back and forth, on a journey to collect lost goods, and even dive below the specs that'll let me survive these depths.

Thank you for letting me enjoy 20 minutes of being in an entirely different world...

Kudos to all involved!

hi, big thx for the game. greetings from rosti 🙏😉 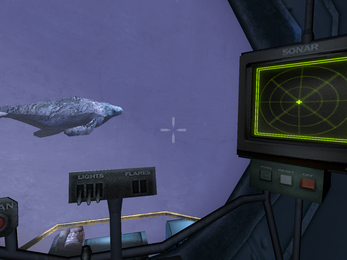 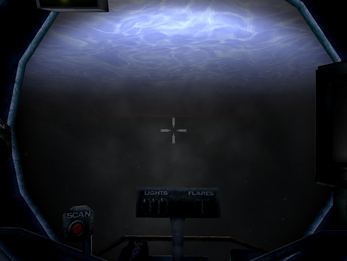 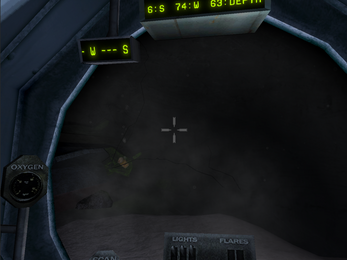